Beer my Valentine at the Beer Academy 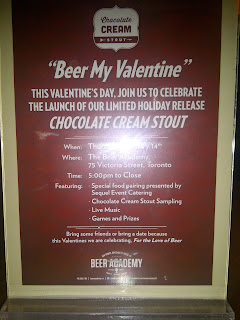 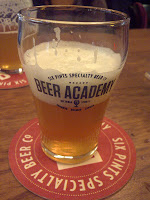 Every year, I set out on a hunt for something ridiculous to do on Valentine's Day. It's a bit of a tradition and one I usually enjoy tremendously. My closest girlfriends and I get together, leave the boys at home, and head out for a night on the town. In the past, I've gone speed dating for charity, sold my best friend in a date auction (also for charity), posted an ad on Craigslist and went skating on a frozen river with a group of guys (there was a cleared rink, bonfire, hot chocolate and s'mores involved!), gone to a strip club for someone's birthday, and went to a queer slow dance. All were incredibly fun and made for some hilarious stories. Not one to break tradition but feeling a bit under the weather after a two-week battle with a particularly nasty flu, Beer My Valentine fell into my lap as a perfectly good option for this year (the other option being a pajama party but I simply didn't have the energy to make it to that one). 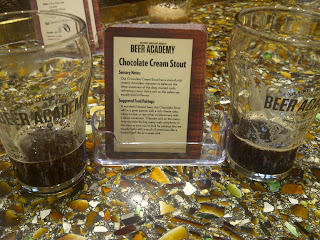 Beer My Valentine was an event hosted by the Beer Academy. The poster promised special food pairings by Sequel Event Catering, Chocolate Cream Stout tastings, live music, and games and prizes. While I had a great time, the event didn't quite live up to the poster. First of all, it was pretty dead most of the time we were there (between 5:30-8:00 pm) and the planned game (celebrity couples match-up) didn't get off the ground because there simply weren't enough people at the bar for the staff to give out all the name stickers. The promised food pairings consisted of the sale (rather dear at $9.50) of a toasted brisket-type sandwich and there was no other food available on premises. 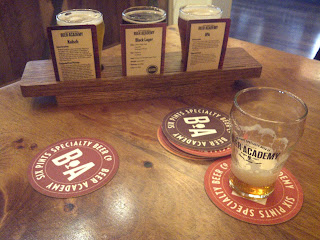 On the bright side, the Chocolate Stout was delicious and my friend and I ended up staying to enjoy a tasting flight (very reasonable at under $7 for 3 good size samples) and made some fast friends with a group of guys at the next table when I engineered a scheme to create a celebrity match-up and win those door prizes (which was a great success and we left with some Beer Academy merch in our hands). The verdict - the event itself was a bust but the venue itself is a great place to hang out and I would definitely visit again. 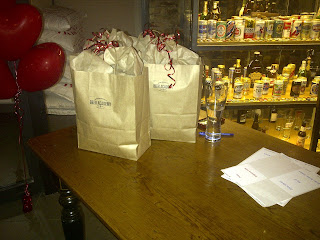 WHAT: Beer My Valentine

INSIDER TIPS: Quiet events with a small number of attendees are actually a great chance to get in on any raffles or door prizes that might be on offer. The odds of success are very attractive and you can often convince staff to bend the rules if the event is not going as originally planned. Make your own luck and get your hands on those prizes! 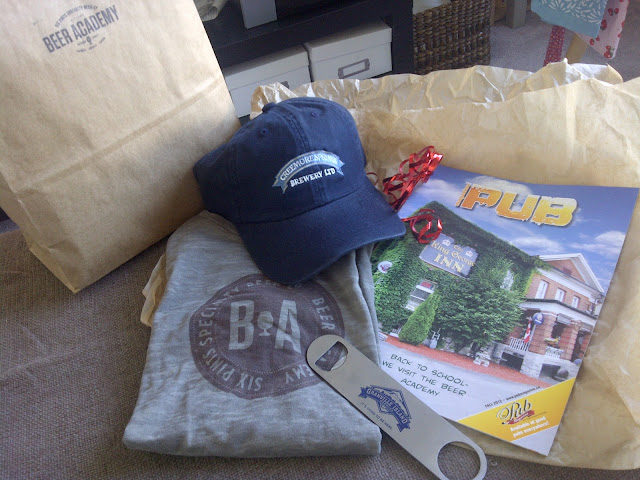