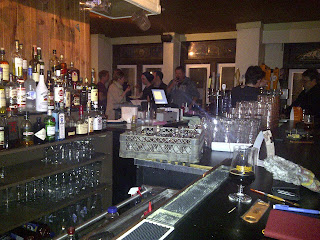 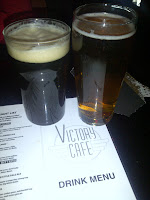 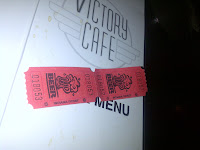 Spearhead Brewing was launching its Belgian stout tonight at Victory Cafe and I'm not one to pass up free beer samples, oysters, cheese, and giveaways. So I recruited a trusty sidekick and we met up after work to scope this out. The launch party started at 7 but we both finished work much earlier, so we met at the Cafe at 6pm and enjoyed us a couple of pre-party pints. I had seen an earlier tweet about a tasty-sounding brew, so I went with an Amsterdam Nut Brown, which did not disappoint. It was satisfyingly delicious with no bitter aftertaste. My trusty sidekick went with a maple ale, which was also lovely but I still preferred my pick. 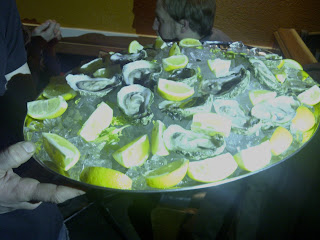 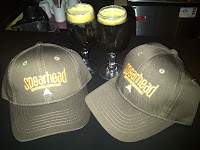 As for the launch party itself, the event was everything it promised. There were beer sample tickets handed out at the door and oysters and cheese were circulated about every half hour. In addition, the first 100 people through the door were treated to Spearhead baseball hats and a staff member walked around handing out bottle openers. The bar was popular but not overcrowded and we both had a great time there. Overall, we sampled four different beers (it pays to be nice to the bartender!) and enjoyed some tasty snacks. Definitely glad I made it out to this one. 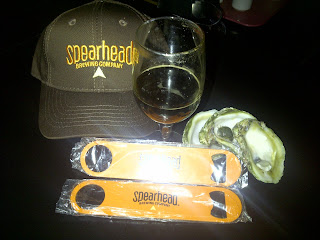 INSIDER DETAILS: If you show up to an bar-based event early, befriend your server and let them know what you're there for. If you are nice, chances are you'll be able to score some extra tasting tickets and get a heads-up on when the event opens. Plus you might be able to get an inside scoop on what's coming up.
Posted by Olena at 22:44