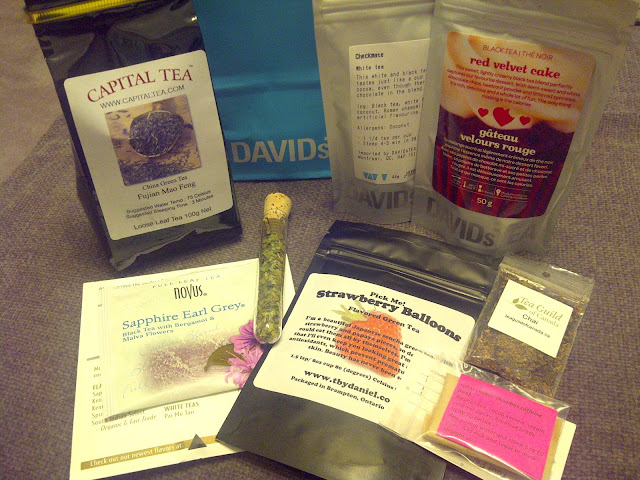 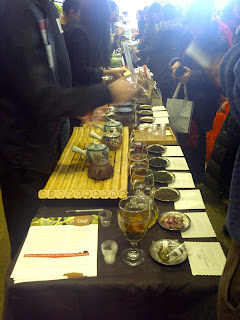 I love tea. It is my hands-down favourite drink and I simply can't get enough of it (as my tea cupboard and my Visa cards will attest). So when a friend of mind forwarded me a link to an upcoming tea festival, it was a no-brainer that I would go. 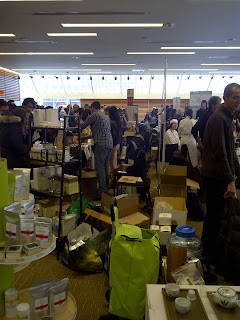 The website for the Toronto Tea Festival promised an event where you could sample hundreds of teas, learn from the experts in the industry at one of the 7 presentations, watch a traditional tea ceremony, participate in a silent auction, enter a raffle, engage with exhibitors to learn more about tea, and shop teawares, teas, and related products. I believe this was billed as the first annual festival, so there are likely more to come in the future years. 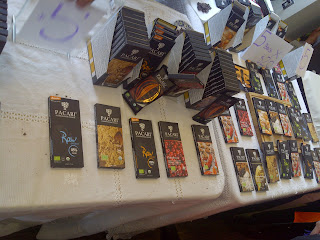 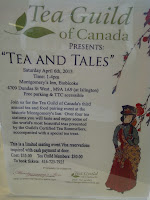 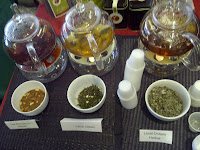 Overall, I found the event had great potential but the execution fell a little short of expectations. First of all, their website was down for a few hours in the morning, so I couldn't look up the schedule of presentations before heading over and ended up missing some good ones. Then there was a line-up to get in. It seems the organizers were caught off guard by the popularity of the event and were only letting people in as others were exiting. They also ran out of complimentary bags at the registration desk. Inside, the space was rather overcrowded. Exhibitors had space for only 3-4 people in front of their space but as most would mill around after getting their samples, it was a constant push-and-shove routine to get at the vendors and the line-ups were a little annoying. There were simply too many people and not enough exhibitors and physical space for people to spread out. It also meant that you couldn't really talk to the exhibitors, which was kind of the most useful part of such a festival, so a lot of its value got lost. Finally, I founds that some of the tea vendors were notably missing (e.g. David's Tea, TeaBlendz, Tealish) and of the ones that were there, the prices were not any cheaper than I would normally pay at a store. In addition, many people ran out of their most popular teas and not all products were available for sampling.

On the bright side, the one presentation I did make it to was very good. There was definitely a lot of knowledge in that room - it was just hard to access because of the overcrowding. It was easy to spot trends in tea (e.g. blueberry and cinnamon are big this year) and compare some of the vendors as many were tasting similar products. And there was free coat check. On the whole, I would say the event as it is right now isn't really worth the $15 admission price but there is hope for it to grow into something bigger and better next year. I would not attend if the set-up is the same next year but if they move to a bigger location and more sponsors come on board, I would definitely consider giving it another go. 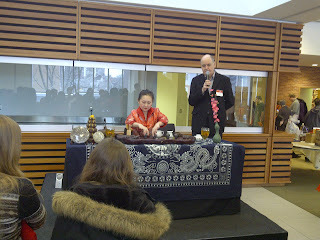 INSIDER TIPS: Go early! There was a line to get in later in the afternoon and some of the vendors ran out of many popular tea blends. Also, look at the prices carefully. I didn't really see any deals at the event. In fact, some of the prices were higher than what I would pay for a similar blend at David's Tea when you consider how many grams you were getting. So think twice before you buy.