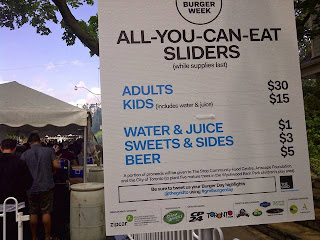 For some strange reason, I find food in miniature absolutely impossible to resist. Enter Burger Day. When it comes to burgers, the only thing better than a really good burger is a really good burger that's bite-sized. Burger Week was back in Toronto for its second year last week and culminated with Burger Day at Wychwood Barns, where all the participating restaurants from Burger Week (that'd be almost 70 of them, folks!) set up shop and tantalized attendees with all-you-can-eat sliders. I thought I'd died and went to burger heaven. Yes, please! 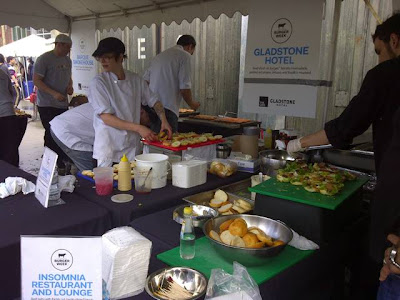 For $30, you got a wristband that earned you a right to walk up to the bbq of your choice and sink your teeth into something juicy and delicious. Tents were set up on 3 sides of the Barns itself and it was sliders as far as the eyes could see. The weather had kept many people away but the place was still packed (which resulted in a lot of muddy messes from all the foot traffic, so you really needed proper shoes to get around in comfort). You didn't need a wristband to walk around the site but you couldn't get any food without it, so it was an all-or-nothing scenario. The event ran from 11:00 am to 5:30 pm. However, shortly I got there around 1:30 pm, some places started to sell out. By about 4:00 pm, only a handful remained that were still serving. If you wanted all you could eat, you needed to be there early! 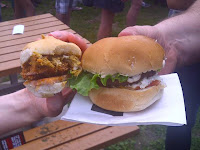 With respect to the sliders themselves, they were delicious. But you're kidding yourself if you think you can eat your $30's worth of food. I barely made it through seven stops and even my friend's boyfriend - who has a rather impressive appetite - barely cracked a dozen (maybe...it was hard to keep count). Some places were serving up full-size burgers instead of sliders, and a few were offering discounts to people who came by with their wristbands in the following week. My friend and I figured out a way to split a wristband, so it's doable - you'll just need to spend more time in line, which wasn't a bad thing because it lets you eat more on account of having more time to digest in between. The lines were pretty long  but moved quickly and if you got into a rhythm, you could be grabbing a slider, eating it while you were in the next line-up, and loading up on a new one by the time you were done. Some places limited you to one per person (although you could line up again and have more), while others let you take as many as you liked. Between the three of us, we got into a really good rhythm and moved from stop to stop quickly. All three of us ended up in a food coma by the end and spent quite a long time in the beer garden trying to recover. 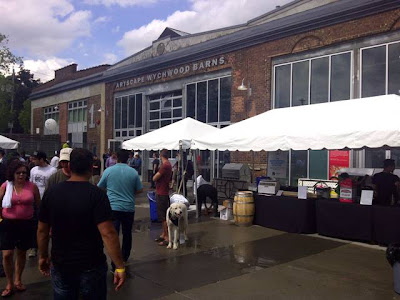 For those with kids, the layout was great. There is a giant playground at the Barns, so parents could split up and take turns watching the kids run around having all kinds of fun while the other one loaded up on food. The organizers also brought in a few bouncy castles, though these had to be moved because of the mini flooding that happened in the original location. And there were plenty of simple, unpretentious burgers on offer to appeal to even the pickiest eaters. The tent set-up allowed the sizable crowd to move around easily (not an easy feat, considering all the individual line-ups that were happening and the amount of people that turned up!) and signage was great.

Cost-wise, I had fun and would go again next year in a heartbeat. But I do wish they had a ticketed option (e.g. buy 5 or 10 tasting tickets) in addition to the wristband option, since you really can't eat that much. But even at $30, it was still worth it and great fun. You just feel like a failure because you barely made a dent in the tastings considering the number of restaurants that were there. 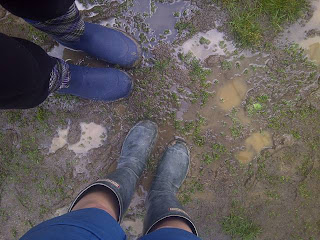 INSIDER TIPS: First of all, go early because many places will sell out. Second, trying to find parking will make your hair go grey, so you might want to take the TTC (it's a short walk from St. Clair West subway station or you can take a streetcar). If it's raining, you'll need rain boots because the crowds will turn much of the lawn into a muddy mess. And don't let the rain stop you from attending - we barely noticed it. 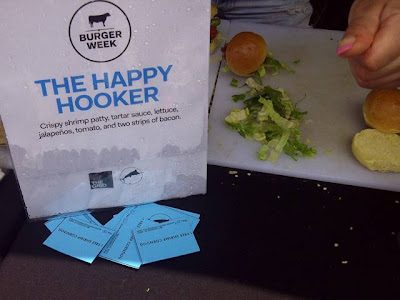 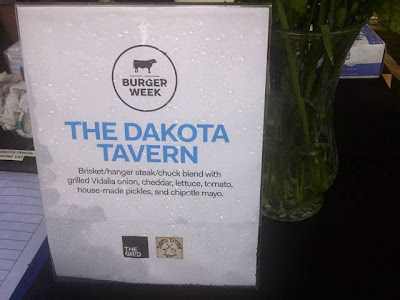 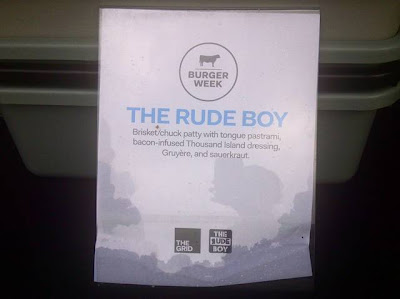 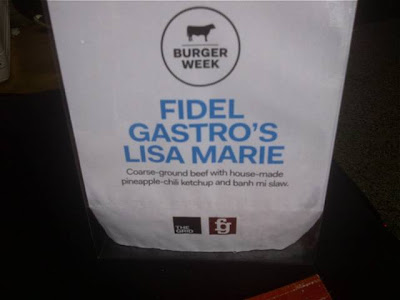 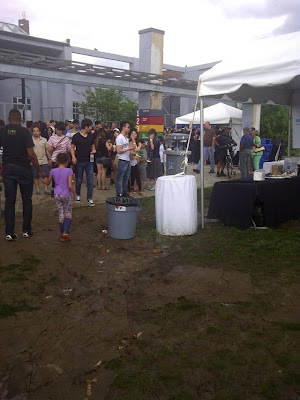 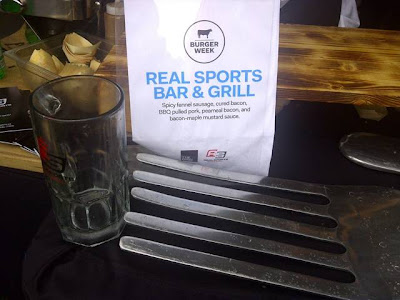 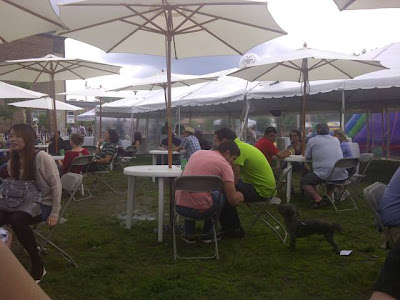 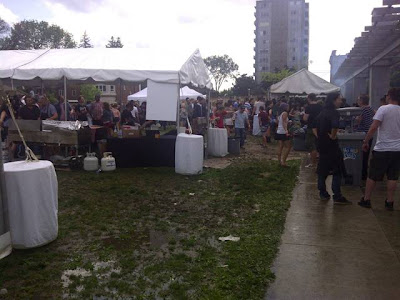 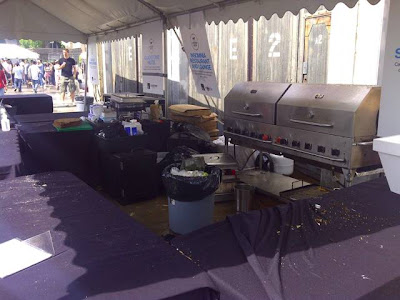 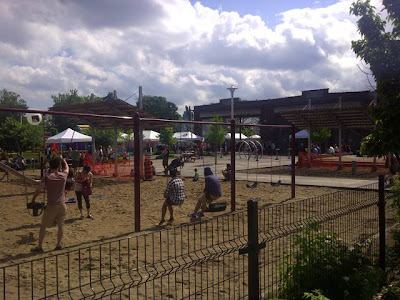