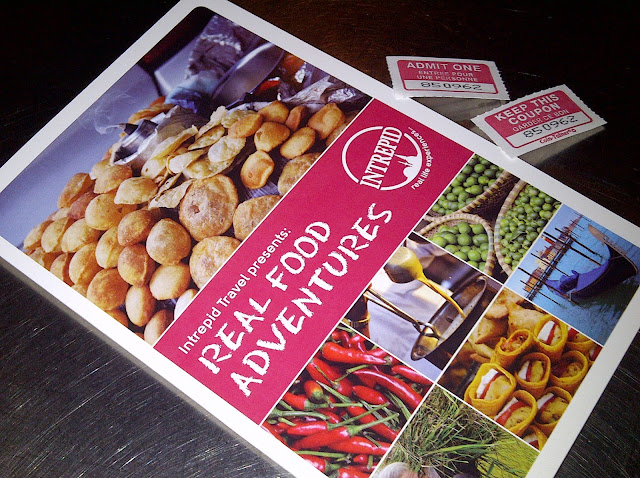 I had a fantastic time at last year's City Chase in Toronto, so when the City Guru shared a link to an event organized by their official travel partner, Intrepid, I pulled out my credit card and snatched one of those tickets before they (predictably) sold out. Real Food Adventures invited guests to "explore international cuisines and cultures as we serve up a delicious taste of the world with food, drinks, entertainment, tours of Steam Whistle, prizes and more!" Well, who am I to resist! 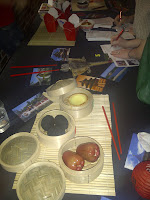 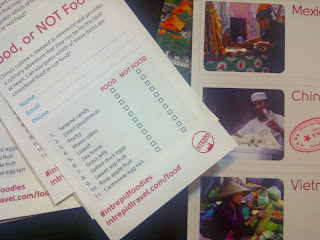 First, the (kind of) bad - my friend and I got to the event early (right at the start, really) and there was a rather slow moving line to get in (which the organizers apologized for and promised to be better prepared next time). Also, for an event that placed such an emphasis on food in its title, I expected there to be more, well, food. The mental image I had of the event included international food stations where we could sample of kinds of exotic foods. That didn't really happen. There were trays circulated with appetizers representing three different countries (which were delicious!), but that was the extent of it. If you didn't grab dinner before coming to the event, you would be hungry.

On the bright side, that was the extent of the "bad" and there were many more pluses than minuses. Overall, the evening was a great success and I would gladly attend again. For starters, the $10 admission came with complimentary coat check, 2 drink tickets per person (with additional drinks for a very reasonable $5), food samples, games, draws for prizes, entertainment, and loot bags at the end. Both bar and wait staff service was great, as is the norm at this venue. Guests were given food passports with six different countries to check off the list and were invited to make the rounds and visit the stations representing each country. At each stop, we could either play a game, complete an activity to qualify for a prize draw, or in the case of Mexico, sample delicious chocolate provided by ChocoSol. The venue was popular but not overcrowded and it was a very enjoyable evening. 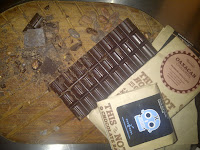 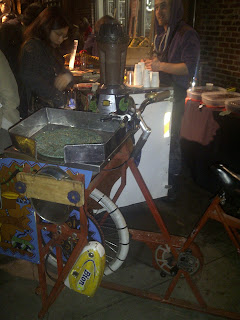 My friend and I dutifully made the rounds (visiting "Mexico" several times to get our chocolate fix) and took the intellectual activities very serious, which payed off when we took home two of the evening's prizes (!!!). At the station representing China, we had to guess which foods on the list originated from China and which didn't (this was tougher than you'd think!), while at the station representing Spain we had to correctly answer a multiple choice questionnaire about Spain's food history (which was also pretty darn tough!). Both activities involved a good deal of research and educated guesses but were a lot of fun to do and we walked away feeling rather well educated. We also learned quite a bit about Intrepid's food adventure tours, which sound oh so delicious. Overall, definitely a thumbs up for this event. 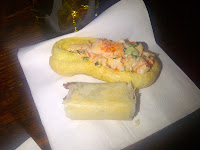 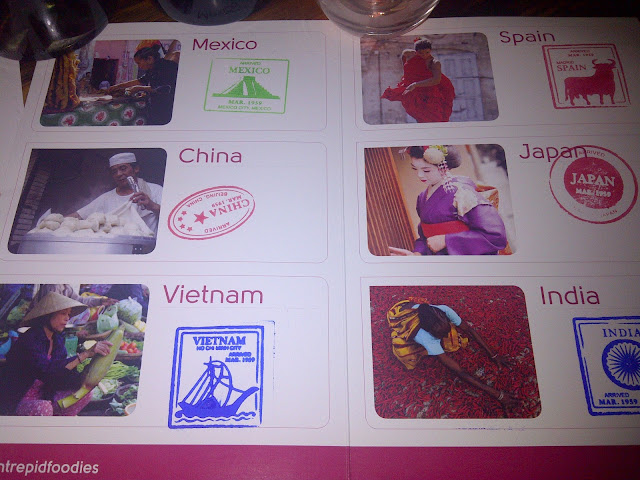 INSIDER DETAILS: I've said this before and I'll say this again - get to the event early to avoid lineups and get first dibs on samples and giveaways. Also, putting a solid effort into activities where only the correct answers are entered into a draw could score you some prizes, so take your time and use your resources wisely.