Book Exchanges Like This Are Sure to Keep Toronto Reading! 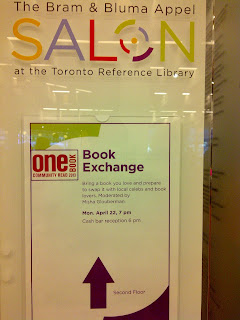 I had quite a busy evening last night with multiple commitments in multiple parts of town, so I wasn't entirely sure which events I would actually make it out to in the end. I am really glad the Toronto Public Library (TPL) made my list. Now, I know this doesn't sound particularly exciting, but this was one of the best events TPL has ever hosted  (and believe me when I say I am very familiar with their events after nearly a decade as a former staff member). The Book Exchange was the 4th annual and one I would definitely keep on my radar for next year. And I highly recommend that you do, too!

Every year, TPL hosts the One Book program, which is essentially a city-wide book club that comes with a whole slew of complimentary activities and events across the city in an effort to keep Toronto reading. As part of this series, the Toronto Reference branch hosted a very special book exchange moderated by Misha Glouberman. Participants were asked to bring one of their favourite books that they could then swap with someone else at the event. Three local authors were in attendance as well - Ryan Kamstra, Emily Pohl-Weary, and Jim Munro - all armed with their favourites to swap. 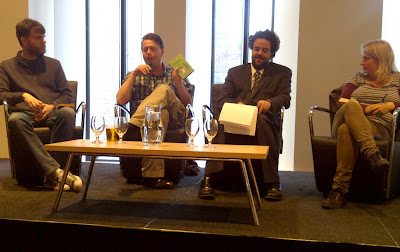 The event was pretty small (about 20 people in attendance) but quite cozy and just about the most fun I've ever had at a library event. I was on my way to another engagement, so figured I'd pop in for a bit, leave my book behind, pick up a new one, and be on my way. Not so. This was a highly interactive event and I ended up staying for the duration, though had to run as soon as the official program was over and couldn't stay to chat more with some of the other attendees, since I was already late to meet up with my bowling league crew (that's a whole other story that's coming when the league is finished). 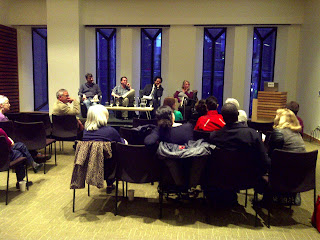 As far as book exchanges go, this one was top notch. Misha (who is hilarious as a moderator!) started off by letting the three authors (one at a time) pitch the books they had brought and after each pitch, those interested in acquiring that title were invited to pitch the books they had brought in an attempt to persuade the authors to trade. Much hilarity ensued when everyone took Misha's lead and crafted some pretty unique pitches, which he then summarized as only he (and perhaps Rick Mercer) can do. This was officially the first time I've ever heard someone refer to reading a particular book as "walking on broken glass but in a good way". And that's just one example! We were all laughing throughout the process. 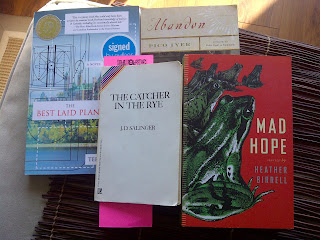 When the author pitches were over, the floor was opened for the audience members to pitch their books and express interest in any trades that were still on the table. And as if that were not enough, TPL had generously provided an entire book cart loaded with books we could help ourselves to on our way out, all of them quality reads and not the $2-bin assortment found in your local bookstore. I came with one book to trade and walked away with four new titles to take home, one of which is a book I already love but don't have in hard copy, so I'm excited to be able to share it with friends now. Definitely two thumbs up for this one! 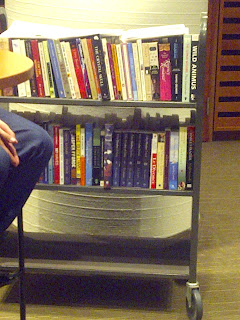 INSIDER TIPS: If you're coming, make sure you bring a book and that it's one you've actually ready (one of those "you had to be there" moments from the event). Remember that people who come do indeed bring some of their favourite books, which they can be quite attached to, so as a courtesy, bring something that would be worth the trade. You're getting a quality read out of this, so make sure somebody else goes home with one, too.