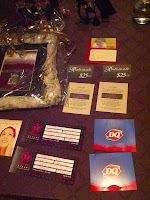 I love random events, so when something comes up that I haven't done yet, I'm usually first in line even when I'm not entirely sure it's a good idea. Such as singles events. When I'm not in a relationship, I love being single and actually (casually) date quite a bit. But I rarely go looking for dates at organized events, as those can be very awkward and, well, lame. Still, throw in words like "charity" and "a good cause" in there, and I'm usually pretty easy to convince. Or, in this case, "discount", "swag", and "prizes"!

The concept was simple but brilliant: girls get locks, guys get keys, and you spend the evening trying to see if your hardware fits (har, har). When you find a match, both of you get a raffle ticket to win one of the prizes. One of my friends found the evening pretty awkward but I actually thought it was pretty fun (though it has taken some training to get to the point where I get out of my own head and don't run straight to the bar for some liquid courage). The crowd was friendly, there was a good mix of people, and it was a pretty chill vibe by and large (you always get a few socially awkward individuals who take these events too seriously, but that comes with the territory).

There were a few kinks in the operation. I don't think anyone expected that match-ups would be so easy to make. I think multiple keys opened multiple locks, which resulted in a constant bottleneck at the table to get raffle tickets and get a new set of keys. Until they ran out of raffle tickets, that is! At which point everyone was suddenly aware of a lull in the previously boisterous atmosphere until one of the organizers returned with another roll and the game resumed. I actually wish it hadn't and we'd have gone straight into the draw (it was a work night and getting pretty late!), but instead I had to watch that raffle jar continue getting filled up to the top and to keep adding to my pocket-full of raffle tickets. Try keeping track of 15 different numbers when they're doing the draw! Not easy, I tell ya. This also resulted in a greater chance of the same person winning multiple prizes (which my friend did, walking away with three!). I would have much preferred it if the matches were harder to make and the tickets not as easy to come by. Finally, the space itself, while beautiful, was not optimal for this event. Drinks were seriously overpriced and there wasn't a lot of standing room, so it was hard to circulate.

Overall, though, I think the evening was a success. The organizers did a good job of ensuring a good age range and sex ratio of attendees, which is no easy task, so kudos to them on that. There was a free coat check provided, a candy bar, lots of items in the swag bag, and the raffle draw - despite the fact that many people have ducked out early when the time got pushed back - was actually quick and painless. I met some new people, learned a lot about British accents and politics (thanks to one conversation), and generally had a good time. The organizers were also very accommodating (they refunded me part of the ticket price when I came across a discount code after I had already purchased mine!) and a few little tweaks would iron out any of the evening's kinks quite easily. 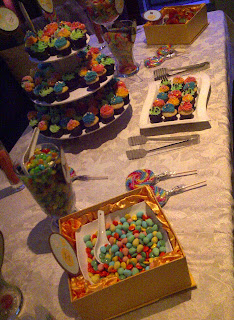 INSIDER DETAILS: If you see a space to enter a discount code when purchasing an event ticket, look around on the internet to see if you can find one. Chances are, you'll be able to knock the price down a bit and sometimes it can be significant. And if you're one of those people who gets stressed out at singles events, get out of your own head and lower your expectations if you want to have fun. Go in expecting to enjoy yourself and meeting new people and don't put pressure on yourself for it to be anything more. When you go with the flow, you'll find yourself having a lot more fun. 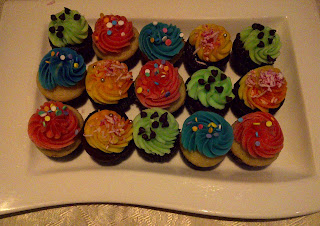