I was going to do a full write up on this series once all the screenings have happened, but my notes are getting quite long, so I'm splitting it up into 2 parts.

HotDocs20 is a special screening series in celebration of the 20 years of the Hot Docs Film Festival. The series essentially sandwiches this year's festival and features audience favourites and award winners from the past 20 years. I was lucky enough to snatch up one of the special price passes to all 20 films and set out to see as many of these as I could.

First of all, the space itself is pretty neat. The original theatre is celebrating its 100th anniversary this year. The space was renovated recently and is now a dedicated Hot Docs theatre. But rest assured it is not just there for the festival itself - regular screenings take place throughout the year. Some of the neat features include a liquor license (yes, you can enjoy a beer or a glass of wine and still get the big screen!), unique programming, and a two-tier balcony. With so many different seating options, it took me a while to find my favourite seat but now that I've got one, I'm quite partial to it. And I'm not the only one! There is a gentleman I've noticed at many of the screenings I've attended that always sits in the same seat as well. 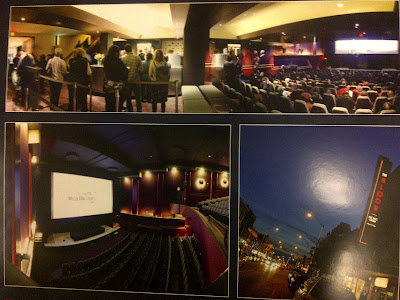 There are a couple of drawbacks. My main complaint is that I've now seen the same set of previews about 8 times too many. And they get old very quickly. I can tell you that I won't be seeing any of those documentaries just because seeing the previews so many times has kind of turned me off anything associated with them. The second inconvenience is that there are no cup holders on the seats. This one is more easily remedies, as my favourite seat is in the most deserted part of the theatre and it's quite easy to spread out and take over neighbouring seats. 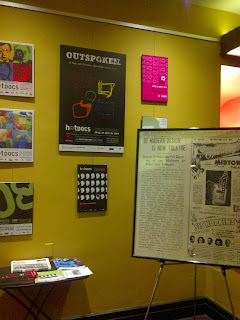 As for the movies themselves, I have mostly been enjoying myself and only came across a couple that I didn't care for. The rest have been quite enjoyable and entertaining. I only missed one film in this first half of screenings, on account of having class that night. As for the rest, here are my 2 cents:

Manufacturing Consent: Noam Chomsky and the Media - Didn't care for this at all. It is a much talked about award-winner, but I personally found it much too long (167 mins!) and quite diluted in terms of content. Much of the content was quite general and would have been more effective if it were concentrated and precise. In my view, the film could have benefited from some cutthroat editing.

Hitman Hart: Wrestling With Shadows - I personally don't care for wrestling but despite this fact, I found the film quite enjoyable. It was a very human story with surprisingly strong morals and values. Definitely unexpected.

Chasing Ice - Hands down my favourite. See an earlier blog post for a full review. I feel like this should have been either the opening or the closing film in the series, since I doubt anything else in this series will beat it (and so far nothing has). 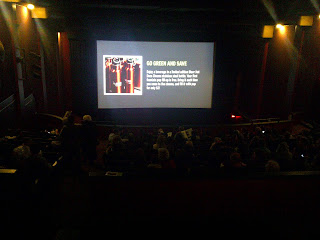 Kanehsatake: 270 Years of Resistance - Quite difficult to watch at times, as I found it incomprehensible that such blatant injustice could take place and go on for so many years. It would be very easy for the Mowhak people to hate us, yet the film was not hateful. The voice narrating the story about the many violations was quite dispassionate and objective.

Grass - This was a fun one to watch. There were quite a few chuckles in the audience at the old propaganda campaigns against marijuana. Incredible that it happened and was taken so seriously. Some of the old footage is absolutely hilarious from today's perspective. 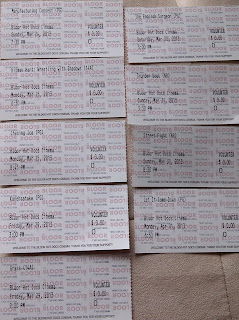 The English Surgeon - This was a lot more graphic than I expected! I'm quite squeamish, so some of the images were downright shocking. However, the images were not the focus of the film. It was a very humane and compassionate story that offered a glimpse into the minds of neurosurgeons: how they can be so blase about sawing/drilling through someone's skill and rooting around their brain, but at the same time care so much about their patients. Being desensitized and incredibly caring at the same time just doesn't seem to go hand in hand.

Thunder Soul - Every teacher should watch this. Wonderful to see someone who practically demanded his students do better and succeed be recognized and thanked for his efforts by his own students decades later. Teachers really can make all the difference and affect many lives.

Street Fight - Another one that was a tough pill to swallow. Absolutely unbelievable that such blatant lies and voter intimidation could be clearly documented but still not make a difference. The outcome went against every sense of justice and was quite discouraging. The story itself felt a bit one-sided (understandably due to lack of access to the other camp, but would have been interesting to see their perspective). I wish the film covered a longer period of time, particularly the aftermath and the events of the next election. The message would have been very different.

Let It Come Down: The Life Of Paul Bowles - Another one I didn't much care for. There didn't seem to be a central plot to the story and it was hard to follow. If it weren't for the title, I would have no idea what the film was about.

COST: Varies (individual tickets are available; passes for all 20 films are $55 regular, $32 for members, and $20 for the first 20 to purchase them)

INSIDER TIPS: I personally like sitting up on the balcony, since the screen is then right at eye level and you don't have to tilt your head back to watch the movie comfortably. Some of the aisle seats in the theatre are extra-large, so if you're looking for extra comfort, keep an eye out for these. Further, because of the non-standards seating layout, there is more than one front row, which offers extra leg room. Finally, documentaries can be hit and miss, so sitting towards the back either on the main floor or on the balcony not only lets you play on your phone without disturbing others, but also gives you an easy way out should you choose to sneak out undetected.
Posted by Olena at 12:06