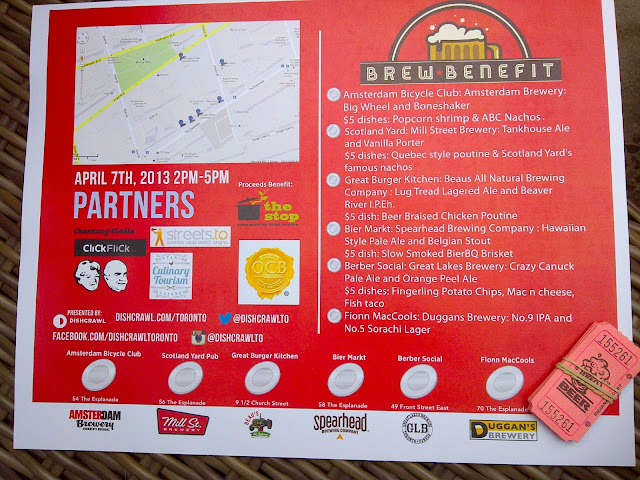 I love social media and yesterday a whole bunch of my friends were loving it too when we got to reap the benefits of what feels like a well positioned horseshoe where the sun don't shine. Last week, I was quite surprised to learn that I won not one, not two, but three separate contests for free tickets to Dishcrawl's Brew Benefit in support of The Stop Community Food Centre. And the weather couldn't be better! Not much can beat a day spent out on (numerous) patios with good friends and local brews, especially after a long winter. First day out in a t-shirt - check! 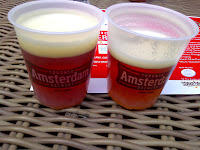 The Brew Benefit was essentially a mini pub crawl where we got to sample 12 different beers at 6 different venues, most of which also offered specialty $5 dishes to accompany our drinks. All 6 bars were all within a block radius and some were literally right next to each other. Spending the day bumping into some of our new friends was a lot of fun and actually helped us plan our approach. At check-in, we each received 12 beer tickets, which we then redeemed at participating venues to get their featured selections: 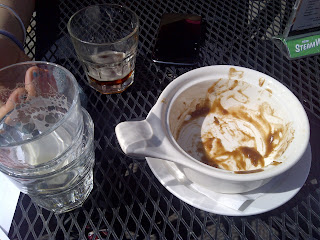 The whole day was a lot of fun but we all wished we had more time!  The drinking lasted from 2-5 pm (though we stayed at the last bar for an extra hour finishing our drinks), which was much too short to get through all those brews. The 12 drinks were sample sized but this ranged anywhere from the equivalent of a small espresso cup to half-pints (like I said, it was a lot of beer). We we lucky enough to find out which place had the biggest samples and rushed there last a few minutes before 5pm to get our orders in before the cut-off. While we took our time lounging around on patios at the first 3 venues, the last 3 stops on our tour were definitely a team sport, as some of us would go ahead and get everyone's orders in while the rest stayed behind to finish the drinks and try very hard to remember to tip. Our more or less unanimous favourites were Amsterdam's Big Wheel, Mill Street's Vanilla Porter, Duggans' No.5 Sorachi Lager, and the beer braised chicken poutine from the Great Burger Kitchen. Yum! 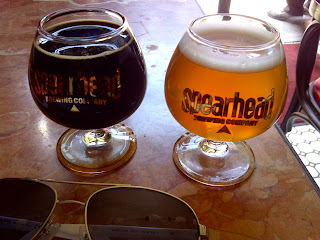 Other than the challenging time limit (which kind of made it into more of a game towards the end of the event), we couldn't have had a better day. The drinks were great, the food was great, the people were great, and the weather was fantastic! Plus it was really fun to check out a whole bunch of places we don't normally go to. Huge thanks go out to Dishcrawl, Ontario Culinary Tourism Alliance, and Crystal Luxmore for making it possible for me to bring a whole group of friends on this outing for free! The complimentary tickets were definitely much appreciated :) 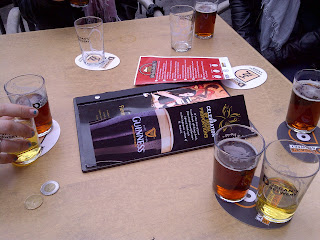 WHERE: 6 venues in the St. Lawrence Market area

COST: $40 in advance (I scored an incredible 5 free tickets!)

INSIDER DETAILS: Once again I feel compelled to plug social media contests. Enter them! You never know when you might win one (or three!). And make friends at events you go to. Not only were we able to actually hit all 6 venues because we chatted up people in the know to get the inside scoop, but we also made some new friends when I shared one of my unclaimed tickets with one of the other contest winners who got to bring his friends along as well. Now we're planning picnic days on the island. Life is beautiful :)