All the Furry Critters - THS Open House and Garage Sale 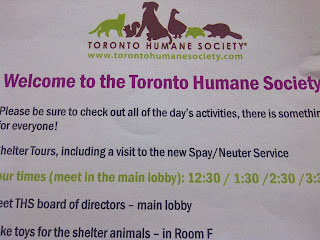 Just about everyone in the city has heard about the Toronto Humane Society but, like many of those people, I have never actually been to the facility. I know perfectly well where it is and have passed it many times while out and about but, not being in a position to adopt, I never quite wandered in for fear of being guilt tripped into feeling like an awful person for not saving one of those furry faces. Curiousity, however, is not something I can easily ignore, so when I heard about their Open House, I thought it was a perfect chance to see what THS is all about without being singled out.

The THS Open House allowed the visitors to wander around freely and check out all the various critters available for adoption. There were several community groups in the lobby providing information on feral cat colonies and spay/neuter services, an artist creating glitter tattoos, a raffle, a toy making station for shelter animals, and hourly tours of the facility, which offered a sneak peek behind the scenes. I personally find it hard to resist being able to walk through the doors labeled as "staff only", so I went on one of the tours. Most of the people accompanying me on this tour were old ladies, which, while really sweet, also made our progress very slow. But it was neat to see some of the behind-the-scenes operations, including the biggest dishwasher I have ever seen and the brand-new spay and neuter clinic. 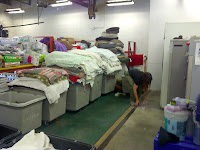 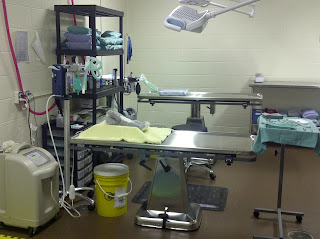 As for the facility itself, it wasn't nearly as depressing as I thought it would be. The dogs were the hardest - their "cells" evoked a bit of a prison feel and their eager faces were hard to walk by. They get walked by volunteers up to 3 times a day, so most of them are quite used to having someone come get them and a couple of them were practically dancing behind the bars at the sight of someone new approaching. I felt awful not being able to set them free. The cats and the special species rooms were much easier, however. After the big scandal that shut down the facility a couple of years ago, THS has made many changes and the rooms are quite bright and easy on the animals. The bunny enclosures are built so that volunteers can actually get inside and hang out with the animals, and the cats have dual cages that separate sleeping and eating areas from each other. The second floor in particular is quite sunny and has many neat spaces for the animals to get some space and privacy (or, on the contrary, be socialized). That was pretty great to see. 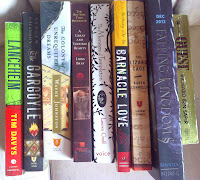 Finally, there was a two-day garage and bake sale in the back of the building. When I stopped by, there wasn't really much happening at the bake sale (not sure if they were sold out or it never quite took off in the first place), but the garage sale was quite large and you could easily pick up something you needed, especially if you were looking for pet supplies, which were all a great deal. There was also a fantastic book sale that was not only incredibly reasonable, but also offered an excellent book selection, many of which were brand new.

*A special note needs to be made about the animals here: far from being dirty and scared, the animals available for adoption at THS are clean, well cared for, and for the most part quite social. There is a fantastic network of staff and over 700 volunteers that make sure the animals are in the best possible shape (both mentally and physically) and there is full disclosure about any behavioural issues. If you are thinking of getting a pet, please consider adopting. There are plenty of choices and you will be thrilled with the result. These animals have a lot of love to give and most of them are already fully trained, saving you a lot of growing pains. Plus many of them are simply adorable! 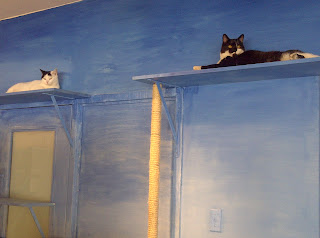 INSIDER DETAILS: If you are going to the garage sale, I would suggest going well before closing. While extra deals were offered at the end of the day, they started packing up well before the designated end time. I had a heavy bag with me on the first day of the sale and plans after my visit to THS, so I was not in a position to do any shopping. I did, however, make a separate trip to the book sale on the second day and they were already packing up at 1:30 pm when I got there. So go early.
Posted by Olena at 11:08