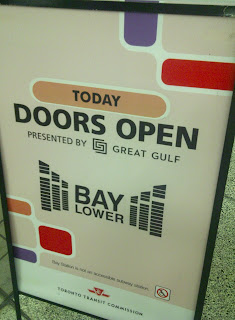 Many people think of Toronto as a fairly new city that's pleasantly green but lacks any serious personality when it comes to culture and architecture (especially when compared to Europe or even some of the architecturally rich cities in the States). This is not exactly the case, though it's easy to fall into that mind trap when confronted with endless cookie-cutter condo developments that seem to be multiplying faster than rabbits. Doors Open Toronto is a fantastic initiative that helps correct that thought trajectory. For one weekend each May (now in its 14th year), a wonderful range of architecturally, historically, culturally and socially significant buildings open their doors free of charge to the public. Some of these places are not generally open to visitors, so it's an extra treat to sneak into one of these. This year, more than 150 locations are on offer, as well as several guided walking tours of multiple landmarks. And it's a lot of fun to explore!

I didn't have much time to plan my tour this year (my "planning" consisted of a quick glance through the list of venues while trying to recover from a rough night of being up and miserable at the crack of dawn), but this isn't something I wanted to miss and decided to explore a little further afield and hit up a couple of spots that were only open for one day, saving the bulk of my exploring for tomorrow. And since I started out late in the day, I only made three stops before dropping by a charity yard sale and calling it a day: the "secret" subway platform, the West Toronto Masonic Temple, and the Foundery building. 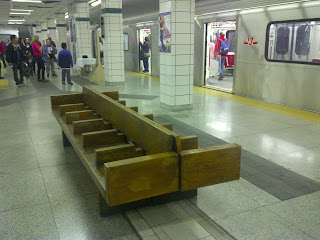 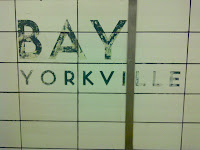 The "secret" subway platform is the somewhat abandoned station below the Bay subway station. I say somewhat because it's used fairly often to film movie scenes but as a subway station, it is not a functioning one. Once upon a time, there was a plan to route certain trains through it so customers would not have to transfer between the Bloor and Yonge subway lines. However, after a six-month testing period, the idea was rejected and the station never opened to the public. In fact, most people don't even know it's there and I myself had only heard rumours of its existence but could never quite picture where exactly it is located. Well, today the magic door (that I had walked by hundreds of times and never gave a second thought to) was flung wide open and visitors could descend to the lower level. It was a bit of a surreal experience since it looked the same but different from what I'm used to on the TTC during my regular commute. Certain details seemed "off" and it was fun trying to spot all the differences. There were also both versions of the subway trains parked there for the day and kids (as well as many adults) had a grand time pretending to drive the train and getting to push all the buttons. In addition, there were posters and screenings of films that were shot on the platform, which was pretty neat. I almost didn't want to leave. Alas, time was short, so onwards and upwards. 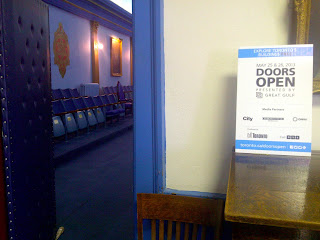 My second stop was perhaps the most unnerving experience of the day in the sense that it felt slightly illicit being in a place where I would not normally be admitted for more than one reason. I also didn't know anything substantial about Freemasonry and the general rumours most people have come across don't count. It's a bit ironic, since I actually do have a friend who is a member but this isn't something we've ever talked about. Well, no time like the present and no better way to learn than from the horse's mouth. Down the rabbit hole I went. While I never quite got over the feeling that I shouldn't technically be there, I dutifully read all the information I was handed and had a pretty cool chat with one of the current members of the lodge. He even told me I could go sit in the fancy chair if I wanted to. I learned quite a bit and while I will likely always remain distrustful (centuries of secrecy shrouding the fraternity - as well as the fact that it is a fraternity - are hard to wash away), nothing I heard sounded too far out there (except maybe the part about the swords that are still in play today when guarding the door to the meetings). And hey, if anyone wants to take a crack at producing decent men, more power to them. God knows I've dated my fair share of the other kind and they could do with a little reforming if you ask me. 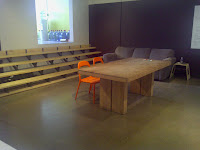 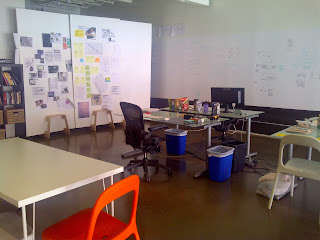 My final stop on today's Doors Open tour was the Foundery, which is a coworking space that caters to a wider demographic than I am used to. Coincidentally, this is also where the iconic Balloon King used to be and the building has been gutted and made 100% accessible to suit the new purpose of the space. Personally, I have a huge soft spot for CSI and will likely never waiver in my devotion, but it was pretty neat to discover that there are as many as 16 different coworking spaces in Toronto that cater to slightly different demographics and that they fall under a collective that allows them to share best practices and collaborate in the new creative economy. You can visit CoworkingToronto to find a space near you.

To polish off my day - and since I was already in the area - I dropped by the Trinity Bellwoods park on my way home to check out the Yard Sale for the Cure that was taking place there today in support of the Canadian Breast Cancer Foundation. They weren't kidding when they said yard sale! We're talking furniture (and lots of it, too!), random sports and exercise equipment, books, clothes, toys - just about everything you can think of. And the park was teeming with people now that sun has decided to show its face once again and the temperature inched ever so slightly towards the spring scale. I was pretty tuckered out after not getting much sleep and traipsing around the city for the better part of the day, so I contended myself with taking in the sights and giving myself a pep talk to pick up groceries on the way home. But even if you're not looking for anything (though many people got great deals on great pieces), it's always nice to see an entire community out to play and supporting a cause.

WHERE: 150+ locations across the city

COST: Free (with very few exceptions when TTC or ferry access is required)

INSIDER TIPS: This is a very popular event and some of the most popular locations will have massive lineups. You can either plan your day to get to these early (and have your lunch while you're waiting in line), or avoid the lines entirely by checking out the most "obscure" attractions that will have smaller crowds. Every single location on the list is worth a visit and will take you many years to get through. Also, pay attention to the opening times - some venues are not open both days of the festival, so plan your visit accordingly to avoid disappointment. And if all else fails, try again next year. 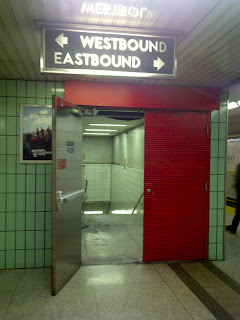 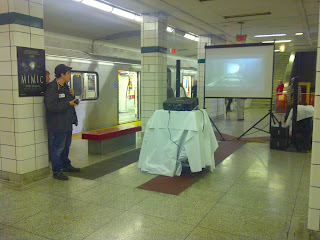 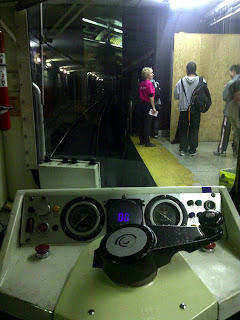 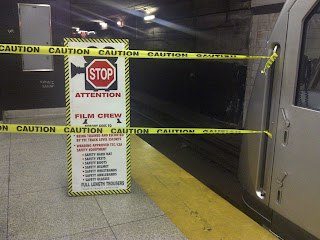 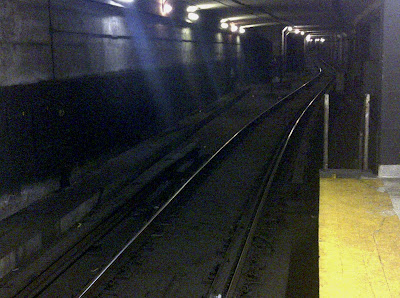 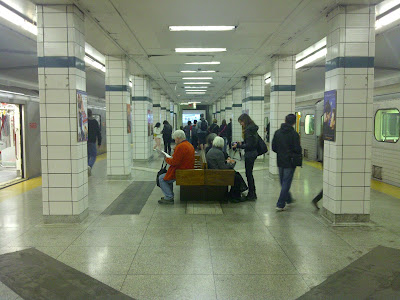 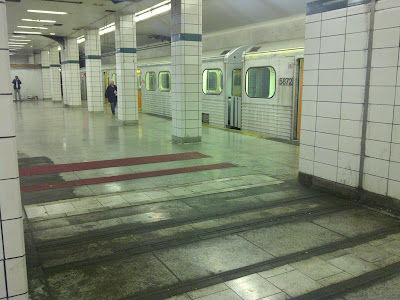 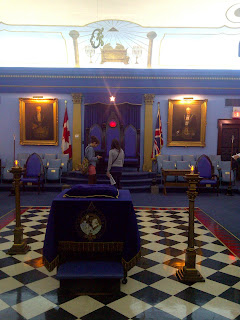 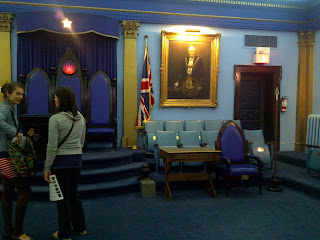 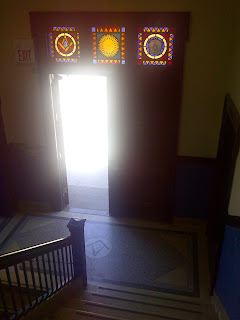 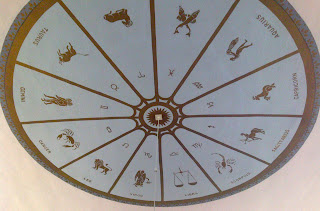 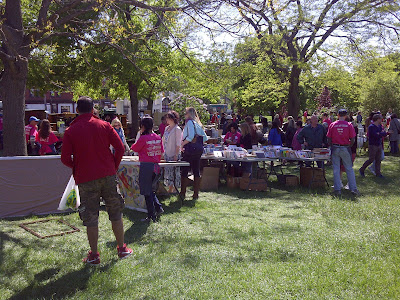 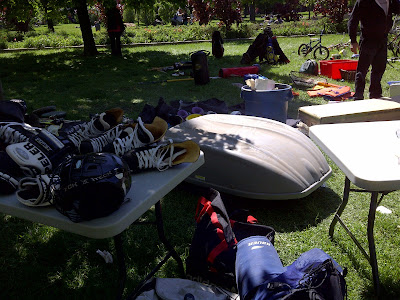 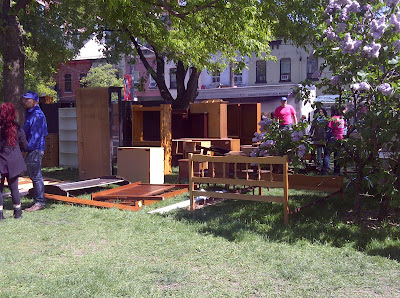