Move Over, Santa - A Note About Reward Cards 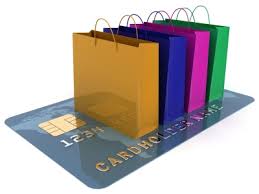 You don't always have to wait until Christmas to get a reward for "good" behaviour. Sometimes, it's being "bad" (also known as being human) that can result in a pleasant windfall. Yes, the time has come to talk about rewards cards. There is a myriad of these available through credit card providers and retailers. The trick is to pick your battles. Instead of signing up for everything on the planet and not actually getting enough of anything to redeem for a reward, look at your spending habits and focus on a few key cards that will allow you to maximize the way you shop. If you set things up right, there is very little maintenance required on your part and the rewards can be quite substantial.

Personally, I have used the following cards with the greatest rates of success: Air Miles, Aerogold VISA, Plum Rewards (Indigo), Shoppers Optimum, and PC Points (via my MasterCard). With the exception of my VISA card (I justify the fee by using it for other things besides reward points, but that's a different topic), all these cards are free. Over the past decade or so, I have collected a couple of air plane tickets, several home electronics and small appliances, and around $200 in discounts off purchases. I'd say that's not a bad deal for something that I would normally be doing anyway. And I don't have to worry about those pesky naughty or nice lists. 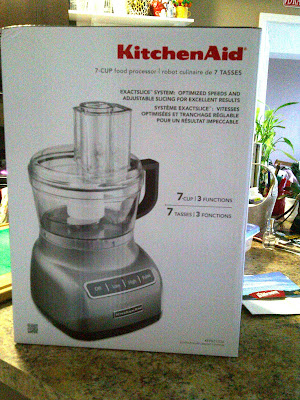 Of all the cards I use - and discounting the two credit cards - Air Miles is the one that adds up the fastest and has the lowest reward threshholds. I've had a card since my teens and have gotten quite a few rewards out of it. Back in university, I redeemed my points for two free plane tickets to the East Coast. Then, a few years ago, I got a home phone set, a stereo, and a great Henkels cutlery set. Finally, just this week I redeemed more miles for a Kitchenaid food processor that I've had my eye on for a while. And all of this without altering my shopping habits. I used to have the rewards card tied to my bank account at BMO but I stopped collecting these when I switched banks, and I don't really do a lot of shopping at qualifying stores anymore either.  However, I gave a supplementary card to my parents (who don't have their own account) and they happily collect miles for me by simply filling up on gas and frequenting the LCBO, for example (again, things they already do). And when I saw that my reward level was getting close to being enough to redeem for something I wanted, I searched the net and found several online promotions to get more miles fast (e.g. signing up for a newsletter or completing a survey). With many people switching to fee-based rewards credit cards (and these can be great), Air Miles doesn't enjoy the same popularity it once did, so many people forget about it. However, the two don't have to be mutually exclusive and it can really be worth your while.

WHAT: Loyalty and rewards cards

WHERE: Retailers and credit card providers

WHEN: Every time you shop!

COST: Varies but many are free

INSIDER TIPS: Think of loyalty and rewards cards as supplementary to your daily routine, not something you chase for their own sake. First, look around at what's out there and how quickly your would be able to achieve a reward level that qualifies for redemption. Then pick a card (or cards) that line(s) up with your existing shopping habits (e.g. qualifying stores, products, etc.) and watch the free points add up. Buddy up with a loved one to collect into the same account, and most importantly, don't spread yourself too thin or go out of your way to buy something you don't need or shop at stores you don't like just to get some points. This is a trap retailers want you to fall into but resist the temptation. Instead, find a way to reward yourself for doing things you already do by using a card that gives you a reward for shopping at places you already shop at for things you already buy. A little planning can really make a difference here.
Posted by Olena at 10:32